A Sequential Novel, written and posted in ten day windows 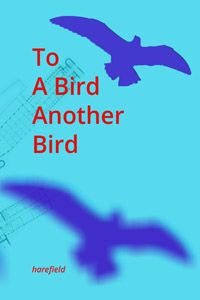 Eli, an American talk show host, travels to Hungary for the first time, to clear up the affairs of the father he never knew, who has died in Budapest. Eli anticipates a routine trip, with the chance to escape the work he no longer enjoys, and his collapsing marriage. Instead he finds himself at the centre of a tangle of lies which start with his father, and include the deepest secrets of three nations. The solution to the puzzle of To a bird, another bird, is being chased down by security forces and darker organisations. As the clock ticks towards an explosive ending, Eli finds that he is the code-breaker that everyone is searching for. He is no longer the outsider, but a man fighting to save his life, and the lives of the people he loves. Events which go back to the Second World War and the spread of Soviet Communism still cast their shadows.